Gracie Bond has given the world a stellar debut.
Your #1 Fan

A scalpel in a drawer full of knives.
Longtime Reader

Gracie Bond writes from the heart and hits you in the gut.
Ben R*******

I have never written a review before finishing a book but Anything for Love (the first book in the series) is amazing.
Lela.

This heroine reminds me of Bridget Jones on speed.
A fan

Once every so often the world hears a new voice. Gracie Bond is the person to whom that voice belongs.
That Guy Who’s Always at Starbucks

With a blend of wit and charm, Gracie Bond is a modern-day Jane Austen. A voice for a new generation.
Vellum Reviews

Gracie Bond may have written the Great American Novel.
Your #1 Fan

Gracie Bond started writing when she received her first ever notebook and pencil for her 6th birthday present. An old hand at the art of writing by the age of 10, she won a competition with a story about an Indian chief and his squaw. That win spurred her on!

At school she was always looking out of the window, daydreaming. She particularly loved horses and dogs and wild animals, with all of whom she has a real affinity.  Horses came into her life from a very early age, since her uncle was the farrier for a local coalmine. Gracie and her siblings often went to the pit field and rode the ponies there without saddle or bridle. Great fun. Then at nine years old Gracie used to do the same at the local riding school. She would ride bareback – but with a bridle on – on Big Mac, an 18-hand chestnut gelding, and she would ride on all the ponies there and then groom them ready for the paying customers. From the age of sixteen she shared horses with her sister and broke them in and sold them. Then Gracie fell in love with a pony called Penny. She bought and kept this gem of a pony for as long as possible.

In her writing, Gracie’s favourite pastime was to create a fantasy world in which all the animals and human beings had happy endings. However, she soon learned that with anything in life there has to be conflict. Without conflict there is no real backbone to a story because we all like a good villain.

When she left school, Gracie did an ordinary job for a long time. Early into that career she was chosen out of nearly 100 people to go on an Outward Bound course in the Lake District of England. Whilst there, she came to realise that she could push herself to do things she wouldn’t normally dare do, such as rock climbing when she was terrified of heights. To her credit and to her own astonishment, she not only smashed her target she also smashed her ribs, but not before she’d carried on and been the sole volunteer on an adventure project on Lake Windermere – when she couldn’t even swim!

When she finally got to hospital Gracie was rushed into A&E with the porter shouting, ‘Dah Dah Di Dah Dah – we’ve got one here has fallen six hundred foot down a mountain!’ In truth, it was more like six feet! This experience taught Gracie that you can use exaggeration to make people chuckle; she regularly uses this technique in her writing to amuse us all. Coupled with the humour is an ability to dig deep and tell a story that will reach right into us.

Gracie’s life has not always been easy, and we can identify with the challenges her characters inevitably face. Animals still play a large part in her stories and enhance the human condition. A few years ago, Gracie bought her first Newfoundland and has given a loving home to nine more since then, the latest being puppy Jess. It’s fair to say that Gracie loves all creatures great and small apart from spiders, but she would never hurt them.

Gracie Bond’s writing has the warmth of Josephine Cox, the magic of Milly Johnson and the depth of emotion of Nicola May.

Gracie is a novelist in the genres of Romantic Comedy, Crime and Children’s Fiction.

She is also an award-winning screenwriter. 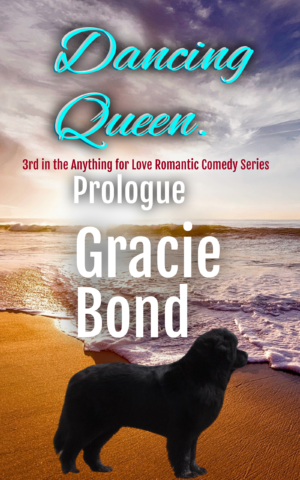 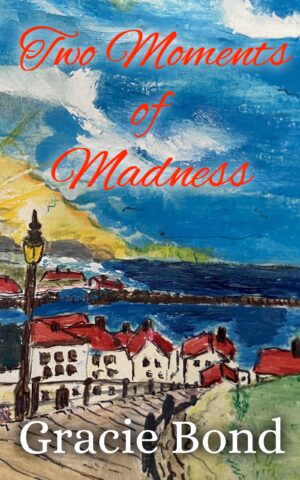 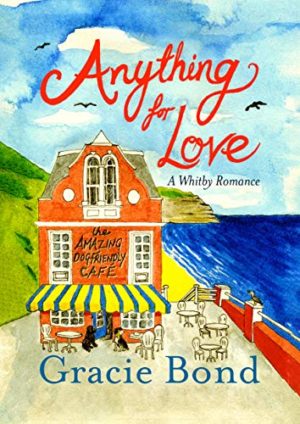 Buy paperback or Kindle version on Amazon
Ⓒ Web design and branding Yorkshire by Feel Design
We use cookies to ensure that we give you the best experience on our website. If you continue to use this site we will assume that you are happy with it.Ok